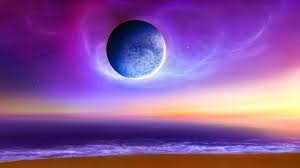 Note: This description can also be found on the Personal Essay and Memoir page.

I am albino. Albinism is a recessive genetic condition that means my skin and hair are white, and I’m legally blind. After a sheltered and chaotic childhood, during which I worried that my parents would murder me in my sleep, I felt more different on the inside than I am on the outside. I lost (and found) myself in alternative rock music and counted down the days until I could escape to college. I felt eclipsed.

Moonchild: A Memoir of Albinism details my freshman year at college. As I dealt with finding my way around college, I had intense social anxiety. I didn’t know how to talk about albinism with people, so I didn’t. I was at school on a creative writing scholarship, and I had writer’s block as big as the Great Pyramid of Giza. I wasn’t even sure if I felt anymore. The eclipse deepened.

Euphoria Morning, a solo album by Chris Cornell, inspired a story idea and touched me on a deep emotional level. Almost spontaneously, I found myself talking to my best college friend about albinism and what it was like growing up in my skin. I came close to talking about my childhood night terrors. When I found out Chris Cornell was going on tour and the closest concert was states away, because I couldn’t drive, my desire to attend became a quixotic quest. This adventure lead to other, wilder quests that completely defed the way I grew up and expanded my realm of experience and ability like concentric circles. In each new quest, I explore how my partial blindness and “looking different” pose obstacles and how I overcome them.

It turned out though, that opening back up to music, to feeling, didn’t just mean that I felt like a rock goddess, but also that I felt the murdered child inside. For the last months of school, I struggled with these conflicting feelings and sorted through the fallout of my upbringing. Thus began the real quixotic quest, the inner journey to come to terms with my albinism and my history.

The book is also a vivid visual journey about what the world looks like to someone with impaired vision.

Currently listening:
The Doors – “Riders on the Storm”

16 thoughts on “A rough sketch of my book – Moonchild: A Memoir of Albinism”