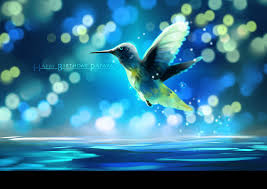 A few months ago, I wrote this post about how I felt sort of distanced from myself, and a time years ago when I felt more myself than ever, and how much I missed those times.

First off, it’s like some switch totally flipped for me at some point, when I suddenly, acutely felt my intellectual frustration so strongly that I couldn’t ignore it or somehow make it okay.

I’m not sure how it started – with all these personal changes, it’s hard to pinpoint an exact start to things. They creep. Shift underneath the surface like tectonic plates until they’re erupting and lava is everywhere. And that’s a good thing, at least for me, because it’s like re-awakening, rekindling the inner fire. It’s passion. It’s aliveness. So, even though sometimes it makes present circumstances a little difficult or uncomfortable (because aliveness sometimes makes you aware of where your soul is dying), any day I’ll take it.

In fact I remember one morning early that magical winter, waking up early and reading Mists of Avalon for hours. I was a part where the main character Morgaine reconnects with her priestess self and is reawakening to that side of her. I felt so invigorated. I got up at dawn and took a long walk all over camp, infused with that reawakening energy myself. It was one of those low light winter day, the Madrona trees looked golden in the growing light. It was gorgeous and exhilarating, and I remember thinking that maybe losing yourself every once in awhile might be okay, just for the joy of waking back up.

This time, I think it somehow started in all that compulsive House-watching and analyzing every episode, engaging my mind, and then eventually, that wasn’t enough. Then I started really reading again, which also helped. And then I went to that artist residency in March, which was just fucking heaven in that regard. There were ten of us total there, including the couple that runs the B&B, and we had great talks, hilarious (x infinity) moments that had me laughing so hard I was crying at least once a day, and long, contemplative intellectual discussions about writing, about politics, about life, about Atonement, which was playing that weekend. It was so great to have that. It made me realize how much I missed and craved it.

I also feel like my politically passionate self woke back up around the same time. For awhile, I just couldn’t go there. And again, I’m not sure exactly when that shift started, but definitely reading Beloved and rereading The God of Small Things helped get it all started. I think they opened me back up to my own feelings of empathy for the world. And having cool friends who actually wanted to talk about these things and care.

In other re-awakening news, I think it’s obvious that my insatiable love for reading has resurfaced. I didn’t read much while with Adrian or in the aftermath as I was just sort of trying to recover (which in some ways I feel is still going on, but at least I’ve started reading again). And my music obsession self has also come back full force, which is awesome. A lot of that had sort of faded a bit too, but no more.

So, not many people know this. I think only two. One is the person who suggested it and the other is Leo: I was seriously considering joining the Peace Corps before returning to school. This was about a month ago. I just feel so compelled to actually go out there, and inspired by some people I know and some who worked as environmental educators at work this spring who’ve done it. My friend Francie, whose known me for probably four years now, suggested it and was really encouraging. She did it many years ago, and I think that if she could she’d drop everything and do it again in a heartbeat. So I did some research into it and unfortunately, you pretty much have to have a college degree. I was disappointed; it’s the first time that not having one has really been a hindrance for me. I went on and researched some comparable organizations, and then started looking at AmeriCorps, which I’d wanted to do years ago.

I’d thought about it earlier, but kept thinking it’d be impossible to find a year-long program that would start and end between now and when I plan to start school in Sept ’09. Still I went to the website and checked, and I was wrong. Most programs seem to start and end in late August/early September. So I’m going to apply. I’m hoping to finish my application today. I already told my supervisor that I might be leaving at the end of summer if this works out. So I’m going for it, and I’ll just see what happens. I think I’m more than qualified. I have some favorite programs, one in particular that is so up my alley and exactly what I want to do, but for whatever reason, I don’t want to say more because I don’t want to jinx anything! So just think good thoughts for me :)

I guess my wild, adventurous spirit is also back, in full force. That may have been sleeping the longest. I think I was pretty traumatized by my time in Seattle many years ago, and since then I’ve been very focused on survival, which is important, too. Now that I’m in a better place in my life, by leaps and bounds, I’m ready to venture out into the world again. It’s about time!

Currently listening:
“O Sailor” – Fiona Apple – I love this woman, she is a genius, and I don’t think there’s much more to say. So many lyrics to possibly highlight, I’ll settle on these:
“And after waiting, fighting patiently on my knees
All the other stuff tired itself out first, not me
And in its wake, appeared the touch and call
Of a different breed
One who set to get me wise, and got me there
And then, got me”

6 thoughts on “Switch is On”