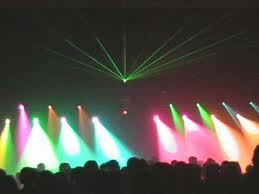 I am albino, which means my skin and hair are paler than pale, and though I have partial vision, I’m legally blind. I grew up in a town where it seemed everyone worshiped at the same handful of churches and was white and voted Republican and wore the same clothes. I was white, but I was too white. I was an agnostic atheist, a bleeding heart, and I dressed like the grunge-rock musicians I admired. I didn’t even fit in with the delinquent kids, because my parents were too strict and my grades too good. I felt like the town freak.

Nothing emphasized my feelings of alienation like a school dance, where I’d sit at the back of the cafeteria and eat chips to numb myself. One time I tried to mingle, but a girl I’d ridden to the dance with told me to stop following her around like a puppy. I went back to the food table and tried to disappear.

Parties became more painful as I got older and developed crushes. I watched the boys I was attracted to dance with other girls, girls I would never resemble. I didn’t even know how to dance, and I hated the music the djs played. Often I just sat in a corner and tried not to cry.

Now twenty-six, I feel a little more comfortable in my pale skin, but parties still scare me. I don’t always know how to approach strangers, and I suspect they don’t know how to approach me. I’d rather drink champagne with the older women in my writing group than go to a party with people my own age. I still prefer heavy rock music to dance beats and deep intellectual conversation to small talk.

Every once in a while, though, I’ll go to a social gathering and find it bearable, even a little fun. Inside me the little girl who wants to be like everyone else battles with the rebel who says, “Fuck what everyone else thinks.” I hope someday the two sides of me can live comfortably together.

This short little piece can also be found on the Published page because it was published in The Sun magazine’s Readers Write section a few years back. I still remember when I got the letter in the mail that they were going to run it. What a feeling. This is a bit edited though, the original had some other stuff, including, I think, more cursing and something about pot cookies.

Check out the Samples Page, as well as Published and Early Work, to read more of my writing.