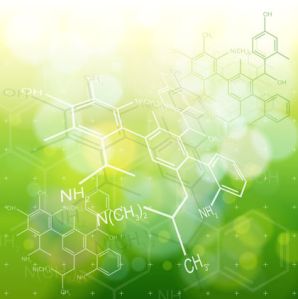 “We’re not literally going to die,” I reminded Natalie as I gathered up my things to leave her apartment and walk back across the street to mine. “I mean, no one’s going to shoot us or anything. The worst that will happen is that we fail–”

“I kinda feel like I might actually fail,” Natalie said, sort of laughing the way people laugh when they’re trying not to cry. I knew that laugh so well by now, had laughed it myself so many times.

I grabbed my huge eight-pound book with the fluorescent green cover and shoved it into my backpack. “Me too,” I admitted. I looked around her living room, to all of our practice tests and answer keys scattered over her couch, chair and coffee table; the erasers bloody with pencil shavings, my pink and purple mechanical pencils and Natalie’s straight-up golden #2s; our notecards in several haphazard piles; our identical molecular models of cyclohexane with their carbons and hydrogens in the most stable chair conformations. Natalie sat on her couch, pulling a plush brown blanket around her shoulders. Her apartment looked like a warzone. “That practice test was brutal,” I said. “I’m the one who couldn’t even finish it.” I had given up early into the second practice test, as per usual, feeling I just didn’t know enough to go forward, every question making me feel more like a failure than the last.

“And neither of us is going to fail,” I assured her. It was true. We were both good students, used to getting high grades. “The worst that will happen is we get grades like we did on the practice tests, like a forty or fifty, which will be horrible but then we have all the little quizzes and homeworks to boost our grades, and other tests, and let’s say even all of that is terrible, the worst thing is we’d get bad grades for the term which would lower our GPAs and then we’ll have to take it over again next year like everyone else in our class who’s taking it for a second or third time.” It kinda sounded like the end of the world to ambitious students like us, but I had to say it out loud to remind us both as I scooped up my portion of the papers and pencils and notecards, “It won’t literally be the end of the world.”

Organic chemistry. If you are pre-med, pre-dentistry, pre-pharmacy, pre-vet, pre-natural medicine, pre-physician’s assistant, a biology major, going into the health care field or pharmaceutical industry in any way, interested in biophysics or any kind of science kid, you will, at some point, have to tackle this beast. You hear all the rumors–your friend knows a doctor who says that in all his years of training and med school and residency, he never fought with his girlfriend as much as he did when he was taking O Chem as an undergrad, because of the stress, and you know a brilliant, valedictorian type bio major who says O Chem is totally un-understandable–and you know all the people who’ve had to retake it for one reason or another. You sign up for the class (almost invariably scheduled for 8 or 9am to let you know even before the first lecture that this class is only for the intrepid and hardcore), and you buy the molecular model kit. You are prepared for a nine-month battle but you never really feel ready.

Before taking O Chem, I had a year of general biology, a year of anatomy & physiology, several other bio classes (immunology, cell bio, molecular bio), and a year of general chemistry. I was even starting to tutor these subjects at my university’s Learning Center. Having these classes under my belt was definitely better than not having that background, but O Chem is a beast of a different nature. It is nothing like Gen Chem, which is full of equations, measurements, masses, temperatures and (somewhat) straightforward physical laws. The first few lectures of O Chem reviewed some things from Gen Chem but it was all the weirdest material, mostly that which came out of quantum mechanics (oribital hybridization, VSEPR and molecular shapes), and from then on it was all new material. And I don’t mean to suggest that it was just new information the way every class contains new material, but rather that it was like stepping off a cliff into some alien landscape and battling every day to conquer this new territory.

What is it that makes O Chem so alien and difficult? I think it has something to do with how unfamiliar it is to everyday experiences. During the same school year that I took O Chem, I also took a year of physics. Even when the math involved in physics was challenging and the word problems threatened to strangle my neural pathways with overthinking, at least the concepts were familiar. We have all felt friction and gravity and motion. We have seen collisions, waves, balls thrown in the air and masses twirled in circular arcs at the end of a string. We’ve played with magnets and batteries and light and lenses and mirrors. Even when the concepts get mind-bending, and they do, we still have an intuitive sense of many physical properties from everyday life.

O chem isn’t like that. Its alien landscape is full of curved arrows that show the motion of electrons (and it’s good to keep in mind that no one has ever seen an electron), molecular orbitals and bonds, existing entirely beyond the simplified Bohr model of the atom and into the realm of orbitals as probability maps and bonds as overlaps of these orbitals. The landscape of organic chemistry exists outside the hands-on. You have to get intimate with the invisible.

This is an excerpt from an essay on organic chemistry and what a challenging year it was when I took that class. The essay actually ends in a completely different place (sometimes now I feel borderline obsessed with the subject), maybe because I learned to “respect the chemistry.”

Check out the Samples Page, as well as Published and Early Work, to read more of my writing.

7 thoughts on “Know Your Enemy – MMM: In the Trenches of Organic Chemistry 1”