I try to have crushes, because it’s one thing I’ve always done without much prompting, and if my most recent breakup shut me down, then what better than infatuation to open me back up. I don’t care if I get burned. In fact it might be better that way.

I rehash all the things I told myself when Nick and I started going out. I thought then that I was enlightened, that all my previous pain was acceptable because it helped me get to that precious present moment. Nick was very practical. When I had problems with my parents—which I wasn’t supposed to have because I was enlightened, but which I did, because I always did, and because I was a teenager and they still treated me like I was twelve—we approached it in very rational, spiritually advanced ways. I wasn’t supposed to get mad, or let it bother me much or dare dwell on it, Nick kept reminding me.

END_OF_DOCUMENT_TOKEN_TO_BE_REPLACED 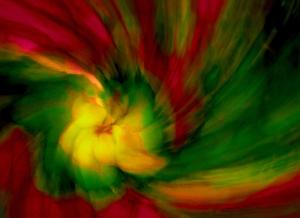 My friends and I hang out in Stacy’s room and read from a questions book meant to give interesting topics to discuss at parties, to get to know other people better than those icebreaker games during orientation.

“Okay,” I say, flipping through the book. “Would you rather live a life that’s simple, safe and secure or one full of adventure and passion, with high highs and low lows?”

“I don’t know that there’s a such thing as a simple and secure life,” says John. “I mean I think they’re getting at the whole like, house with kids and a dog, but I think that’s a pretty unsafe, insecure, exciting life too. Anything could happen even in that situation.”

END_OF_DOCUMENT_TOKEN_TO_BE_REPLACED

Veronica Mars was a TV show from 2004-2007. Kristen Bell played the title character, who was a sassy high school girl who also did junior PI work for her father. Each season had a main mystery (or two) that she spent the whole season solving, and each episode had it’s own caper or crime to solve. And there was love drama. And class drama (as in classroom drama but also socioeconomic class). And family drama. The tone, the writing, and the cinematography are all pretty noir. It was all set in the fictional town of Neptune, CA. There were twists, deceptions, affairs, a best friend’s murder, a murderous bus crash, and a whole lot of witty remarks. If you haven’t seen the TV show, you can watch it for free on Amazon Prime Instant Video. It’s addicting and dramatic and so, so sassy.

I’ve tried to stay away from reading too much about the movie because I don’t want any spoilers, but from what I know, the story takes off when Veronica’s ex-boyfriend Logan calls her for help after being accused of murder. Oh yeah, Veronica did clear a lot of false accusations in her days as a teen detective. And so she goes back to Neptune to help out. It also coincides with her ten-year high school reunion, so all the old characters should be back. So psyched!

END_OF_DOCUMENT_TOKEN_TO_BE_REPLACED 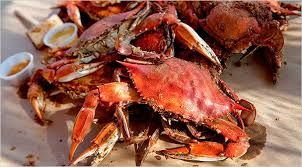 One night in early September, there’s a crab feast in the cafeteria for dinner. Everyone’s so excited, especially the students from Maryland. I’ve never had crab before. John, sitting next to me, demonstrates for all of us. He whacks his crab a few times with a mallot, and then pulls the crab apart. I watch closely but can’t see how he knows what’s the meat and what’s pieces of bone or innards. It looks like brain surgery.

END_OF_DOCUMENT_TOKEN_TO_BE_REPLACED

It was supposed to have something to do with humility and something to do with toughening up, posting this hot mess of a novel. It was supposed to be an exercise in posting something that I knew was really bad so that I’d feel less self-conscious about posting the work that I hope is passably good. I don’t know how well that worked, especially because I hemmed and hawed and cringed and winced every time I was going to hit “publish” on another post of another chapter of this shitty first novel.

END_OF_DOCUMENT_TOKEN_TO_BE_REPLACED

We go back to the outdoor school for dinner, then they drive us all to the beach for the evening. I hang out on a towel on the sand and watch a fiery, cloud-filled sunset with Jen and Christina, two writers who live in a dorm by the Lit House. The Lit House is a special building on campus for all the English majors to have meetings, workshops and readings. Most of our Sophie Kerr weekend events took place there.

“Are either of you taking the freshman creative writing class?” I ask.

“I am,“ says Christina. She has long straight dark blond hair, and wears a beanie. She’s small, one of those small people like my mother who carries a big voice.

“Cool,” I say, flexing my toes and watching a cloud fill with red like a pen burst inside it. “Me too.”

END_OF_DOCUMENT_TOKEN_TO_BE_REPLACED

On Sunday, I came home from the AWP Writers Conference, full of inspiration and ideas and lots and lots of insights on how to fix my old memoir manuscript, Moonchild, which has languished, untouched, for about six years.

I wanted to get right to work, and I knew part of the job would be to integrate the oldest version I had with the most recent. The oldest had all the raw material that I mostly wrote by hand from 2003 to 2005. I transcribed in onto the computer and when that task was daunting, hired someone to help with the transcription. The newest version, from sometime in 2008 had been through years of editing and was more polished and tightly written. I printed out the first chapter of each and started to read.

I got about three pages into one version, if that, and I realized, holy shit, this is going to be a nightmare to deal with. No wonder I haven’t looked at this mess in six years!

END_OF_DOCUMENT_TOKEN_TO_BE_REPLACED

An Awesome Mind
i plant the seeds