It’s going to be light this month. It’s been a month of a lot of personal emotional turmoil and change, and somehow in that, I haven’t consumed as much pop culture as usual.

The only TV I watched was some Veronica Mars early this month with my good friend, and I haven’t watched any since he moved last week, and some Better Call Saul for recaps for the site.

I tried to watch the Bachelor GOAT episode for Ali’s season because it was one of my favorites (Kasey has to be one of the most memorable characters of all time on that show) but those GOAT episodes are just TOO LONG and I gave up and listened to podcasts about it instead.

Speaking of podcasts, oh podcasts, this month, I think due to sheer emotional exhaustion that’s been going on for months, I just couldn’t with much other than replaying old episodes of Bachelor-related podcasts from old seasons back in the day.

Most of my pop culture consumption this month was in the arenas of music and books. Some are repeats, and some are new.

Still loving this album more and more, and this month we got the release of the bonus track “the lakes,” a song poem. It’s up there as one of my favorites on the album. I, too, want auroras and sad prose. That whole bridge is giving me life right now.

Other favorites at the moment include “exile” (always) which I referenced a lot in this post, and which you’ll see featured in another post mid-week, “illicit affairs,” “mad woman,” “peace,” “betty,” “hoax,” “seven,” (the poetry of this song is underrated) “the last great american dynasty” (gotta say I never thought I’d hear a Taylor Swift song that mentions someone poisoning their neighbor’s dog with antifreeze but 2020 has had a lot of surprises, so), “august,” “invisible string” and “the 1,” which maybe I can pick out the very first piano chords of? I would love if piano and guitar folklore books were released.

Yeah that’s a lot of favorites, and they keep shifting. I can’t wait to listen to this album in the fall, because it feels like a fall album. I would love to listen to it in the woods. Someday.

Gaslighter by The Chicks

Another repeat from last month, I’m loving this album more and more. Current favorites include the title track “Gaslighter,” “Sleep at Night,” (probably my fave fave), “Young Man,” “Everybody Loves You,” “My Best Friend’s Weddings” and “Set Me Free.”

For anyone who likes fuck you songs or mad at an ex-lover songs, this album is great for that.

Such Pretty Forks in the Road by Alanis Morissette

There are a lot of spiritual themes on the album, which are themes that I have a rocky relationship with, and even some overtly religious themes. Usually that’s not my favorite thing to encounter in a song, but maybe that’s tradition for me with Alanis that started way back in 1995 with “Forgiven.” Whatever the reason, I don’t mind it in this album. In fact my favorite song so far, “Ablaze” has the most overt religious imagery.

Other favorites include “Losing the Plot,” “Her,” and “Smiling.” Like with any and all of these albums, I’m sure that’ll change with time.

This one was also a surprise to me (so many surprise albums this year, or at least surprises to me, now that I think about it). And I realize it’s the only one on my list by a dude. I think I’ve been really craving female voices lately, and if I’d been doing these updates earlier in the year, they would’ve been dominated by Fiona Apple’s Fetch the Bolt Cutters and Ingrid Michaelson’s Stranger Songs (which came out last year but which I got into, and I mean really into, this year).

I first heard of Alain Johannes when he and his band Eleven played on Chris Cornell’s Euphoria Morning in 1999. Then I went back and listened to Eleven’s albums (by the way, their first one, Awake in a Dream, is impossible to find now, one of the irreplaceable losses when I lost my CDs at a “friend’s” house many years ago).

Even before Hum, I’d found myself listening to Eleven a lot lately, because I’m working on a writing project, Moonchild, that brings me back to that time in my life when I was discovering their music and on their street team. Then Hum dropped and it was like seeing a friend after a long time away. Alain’s voice and his music, though new, had such a familiar feeling.

Favorite at this moment is “Someone.” Other favorites include “If Morning Comes,” the title track “Hum,” “Mermaids’ Scream” and “Here in the Silence.” 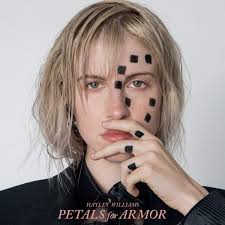 I just got her new solo album Petals for Armor so I suspect I’ll have more to say about it in next month’s post. So far, I’ve only listened to it once (yesterday) and from the jump favorites include “Simmer,” “Roses/Violet/Lotus/Iris,” “Why We Ever,” “Pure Love” and “Crystal Clear.” Since it’s an absolute first impression, it’ll probably change. I’m looking forward to getting to know this album more.

In the meantime I’ve been a bit obsessed with Hayley Williams’ cover of “Fake Plastic Trees.” I’ve never been a huge Radiohead head (though I know many who are) but this is far and away my favorite song of theirs. Like even if I got familiar with their entire oeuvre, I don’t think anything could touch this song.

My favorite part might be that she has to start a couple of times, and that she left that in.

This is the freshest, newest thing on here, so not a lot to say yet, just wanted to include them both here.

This month, I finished two books that I was reading for two separate book clubs. And also finished re-reading Mists of Avalon by Marion Zimmer Bradley, though that will have to be its own post for another because I have thoughts. 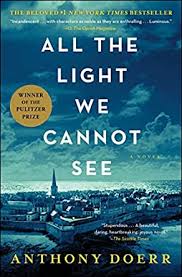 All the Light We Cannot See by Anthony Doerr

This book made me feel things. A lot of things. Maybe the first things I had felt that weren’t about my current life upheaval and turmoil or current events, aside from feeling sadness after a close friend moved away (the same friend I was watching Veronica Mars with).

The chapters were so short, and the style was sparse, with a lot of one-line paragraphs, some one-word sentences, and so it read pretty quickly.

This book was for the antiracist book club at my medical school that a couple classmates and I started up. We’re open to all types of books (I’ve been pushing for including fiction and memoir) but we do want to focus on books that relate to the fields of science and medicine. This first book we read was exactly that.

So some of the material in the book was like, yeah, I’ve learned to do some of these harmful things in my medical training. In our discussion, we talked about ways we hoped to circumvent that going forward.

I’d highly recommend this book for anyone interested in science, medicine, genealogy and ancestry, true crime as the book touches on all of these topics.

I was deciding between This is My America by Kim Johnson, The Vanishing Half by Brit Bennett, The Book of Longings by Sue Monk Kidd, 11/22/63 by Stephen King or Paradise by Toni Morrison. Since I want to read them all by the end of the year, it’s really just a matter of which order.

I already own the last three so that plays a factor too. Last night, with no ongoing book to read, I reached for what was closest, and that was The Book of Longings, so I’m a couple of pages in.

I’m also waiting to see what gets picked next, as both of my book clubs are due to pick a new book soon, so that may shake things up too.

Books finished this month (as opposed to earlier in the year) are in bold.

Before getting to the list, I think I need to say that I went on some serious audiobook bingeing early on in quarantine, and that’s reflected here in this list, which was essentially blank until mid-March at which began some intense listening. A lot of quicker, thriller type reads, and I discovered and devoured the work of Tana French.

And if you want to be friends on Goodreads, you can find me here.