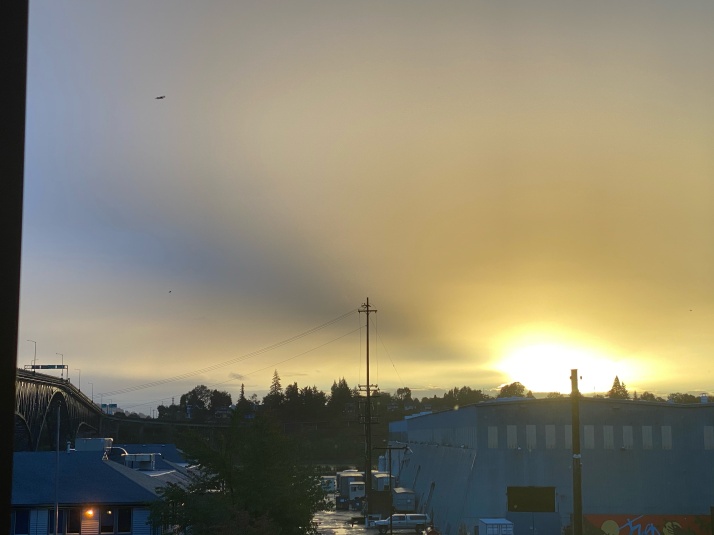 Goals from Last Week – How Did it Go?

Reflections on the Week

In what I’m sure will be a shocker to everyone (NOT), it was another rough week. Sometimes, it feels like they’ll never end, and every time I think I’m turning a corner it just turns out to be a corner further into the abyss.

This week, I spent most of my time trying to secure housing. I think with that still on my plate and also with an impending move (my lease ends on Halloween), I’ve got to dial back some of these goals and just know that I’m not going to have the time I want to focus on them. Having a place to live has to come first, much as these goals feel like little blocks in a feeble fort against the abyss. Except when they feel like the abyss itself. Which brings me to digitizing.

Phase One is done, as indicated in last week’s goals post.

I’ve only done one session since. Since I’m highly motivated by charts and graphs and lists and goals, I’ve decided I’m going to track my percentage complete on the project, and hopefully being able to see that percentage move will help me stay motivated. Or that might be asking me too much. I’m hoping it’ll keep me from being so crushed under its weight that I can’t move.

The way I’m calculating the percentage is a little odd, and definitely an estimate (an actual calculation would be incredibly cumbersome and probably close to impossible).

I wish there was a way to put an equation on here. Or if there is, I wish I knew how to do it. A nice-looking equation the way it would look in a math textbook.

So for this first session, where I completed 4 pages in the first piece of the first notebook, that gives:

Hmm I got something different when I calculated it the other day (and posted on IG) because I accidentally had 16 pages for the first piece, and have now double-checked multiple times to be sure it’s actually 14).

I’ve made an excel spreadsheet so I can make it calculate for me from now on.

The progress won’t be linear. I’m sure my own amount of time will vary by day and week, and even if I were to work at a robotically steady pace, the progress still wouldn’t be linear. Some pieces are short, just a page or two, and some are over a hundred. Some are already digitized, or partially already digitized. Some are a mess in finding the connections, especially since some of these “notebooks” aren’t notebooks at all but huge folders with straps that are stuffed with loose paper, mostly organized into chapters but also with some mess.

So the short ones and the already digitized ones are going to go quickly while the long ones that aren’t digitized will take quite a bit longer. So the percentage is the best workable approximation I could come up with, but it’s far from perfectly accurate, and the progress won’t be linear.

It’ll be something though, something to make it feel like I’m making progress, and that counts for a lot.

For my first session I posted my progress (though incorrect) and the album I listened to while digitizing to IG, and I think I might continue to do that as a way of making the whole project a little more fun.

I still need to do the disability letter. I tried to finish it by today but just couldn’t. I’m aiming for a new due date of the end of the month. It’s hard to predict anything for sure with housing up in the air.

And I’m hoping that once I finish that letter, and the move, and all that comes with moving, I’ll be able to get a good pattern in place and start making some serious progress.

In the meantime, I’m going to dial back some of these, and work on the lifestyle ones most of all since they impact my mood and energy levels so much. And also adding a lot of sorting in the vein of I’m moving soon, one way or another.

It’s a bit hard to make goals for this week because if things move quickly with housing, I could be spending most of my time working on that and have little time for other goals. And if that doesn’t happen, it’s a different story.

I’m setting the goals for the coming week with the understanding that there will probably end up being some serious shifting. Goals this week are pretty fluid with so much immediate uncertainty.

Goals for this Coming Week

PD: The picture at the top is this morning’s sunrise. The sky was mostly cloudy, except right at the horizon, so when the sun came up it made some interesting colors on the clouds. It’s not really related to the post. It just felt right.