The Bachelorette comes back tonight! As I mentioned last week, I’m excited for this season even though I haven’t watched in awhile (didn’t watch Peter’s season at all; it would’ve been a different story if they’d chosen MIKE). I’m excited because of the drama we know about, and being compelled by having some different types of leads, and seeing how it’s’ going to play out in quarantine, and also let’s be real because nothing else is on.

So yeah, for all those reasons, I’m psyched. For the show, and for the return of podcasts recapping the show.

(Oh and I’m going to take a side note to say that something I said last week is a bit wrong, and I couldn’t be happier. In Matt James’ season, currently filming in PA, there is a contestant who’s hard of hearing, so that makes a second person on the show, in what, eighteen years, with a disability).

Back to podcasts! I listen to a lot of Bachelor-related podcasts out there. Even more during this endless quarantine. While writing this, I may or may not but definitely do have an old episode of a Bachelor podcast playing in the background.

So I’m going to highlight four podcasts hosted by people who aren’t associated with the show. All of these can be found on Apple Podcasts or wherever else. 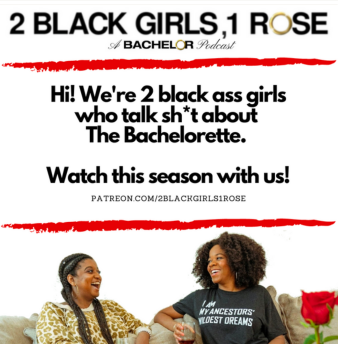 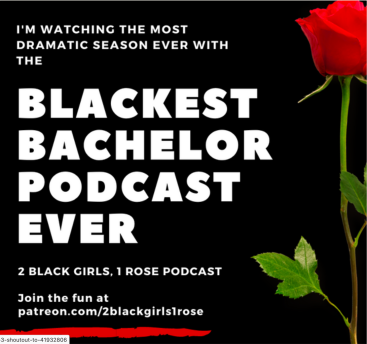 I love this podcast so much. During the early days of quarantine, I heard about it from another podcast (either Here to Make Friends or Bachelor Party) and binged the whole podcast from the beginning and spent way too many hours addicted to Justine and Natasha’s commentary on the show.

One thing I love about 2 Black Girls, 1 Rose is how they incorporate so much into the podcast. Their recaps go from discussion serious topics of race and representation (and their was an episode, and I don’t remember which one because I binged them all so quickly, where they talked about disability on the show, and you know I’m here for that) to commenting on fashion.

The podcast is a great mix of serious and lighthearted, and on both ends of that spectrum, they make it funny. I think the time I laughed the hardest was when they were recapping one of the final episodes of Becca’s season and roasting Garrett for saying something like, “When I see you, I don’t get butterflies, I get eagles.” Their roasting of that line was so much funnier than the line itself and I almost fell off my couch laughing.

Along with recaps, there are also lifestyle episodes, interviews with cast members, episodes where they discuss current events and pop culture. Sometimes there are email call-outs for listeners to write in about dating life. One that I remember that was more serious was about dating people with opposite political beliefs, and one that I remember was more lighthearted was about if you’d ever gone to visit someone wearing a trenchcoat and nothing underneath.

I also find them so relatable, maybe because of growing up in a similar area (I believe they both grew up in New Jersey) or maybe it’s Justine’s distrust of poets (which as a writer, I find it funny how much I relate to that every time it comes up, especially in the context of the show) or how they keep bringing up the things the show ignores that, while watching, you want to scream at the TV, like “Peter had a whole-ass girlfriend before the show” and “Lincoln was a full-on sex offender” and never forget all the insane shit this show does.

I can’t WAIT to listen to Clare/Tayshia’s season recaps! Their podcast is on Patreon, and if you want a taste before signing up, their cast bios episode, which is great, is on their regular feed. For some context, I only contribute to three things (all podcasts) on Patreon, and this is one of the three. 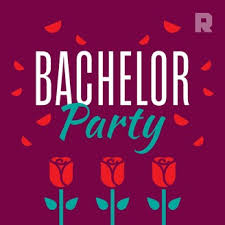 This podcast is on The Ringer network and hosted by Juliet Litman. This podcast, like another one I’ll discuss later, I heard about from my boss, Liane. I was in a bit of a podcast lull at that point so jumped on the recommendation right away.

I like this podcast a lot because I like Juliet. She’s funny, smart, reads a lot, and discusses all different aspects of the show, and she’s opinionated, in a good way. She has interesting guests, with Rachel Lindsay being a frequent one (especially now that she’s also on The Ringer network with the Higher Learning podcast)

And there are also some episodes with non-reality people. I’m specifically thinking of an episode with the singer Rachel Platten.

Juliet just has a great blend of humor, insight, and serious discussion. 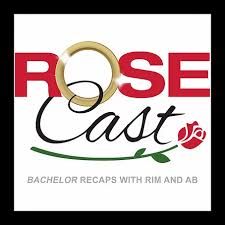 With Rim and AB.

All the other podcasts came to me through word-of-mouth, either from people I know, or from other podcasts. This one came to me because they followed me on Twitter. I have no idea how they found me–I wasn’t live tweeting the show or even tweeting about it at all and only followed a smattering of Bachelor Nation people–but I saw the follow and was curious and checked out the podcast.

And loved it from the first episode I listened to (early in Rachel’s season). Rim and AB, the hosts of the best Bachelor recap podcast hosted by a male interracial best friend duo, have such great natural friend chemistry, go off on lots of funny bits, and also dive into conspiracy theories now and then and dig into the controversy and serious topics too.

They have great segments too, like the mailbag (or the rosebag), AB’s Bachelor Headline of the Week, Power Rankings (usually with a funny twist). They also have great transitions, playing the transition music from Saved by the Bell anytime they go “back to the house” in the recaps.

They also do some fun and funny live tweeting during the episodes, which I always have to catch up on later, since I’m watching on Hulu the next day and don’t want to be spoiled when everyone else is watching it (so basically, I can’t go on social media. 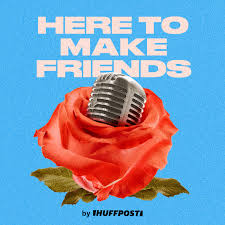 This was my first Bachelor podcast recommendation from my boss, Liane. It might have been around the time where we realized we both watched the show, and ever since, it was a regular topic at our weekly staff meetings for years. I always felt a little bad for the people in the meeting who didn’t watch because we just couldn’t help ourselves from discussing.

I don’t know that I would’ve thought to listen to a Bachelor-related podcast without this recommendation, and the podcast’s spin, a feminist analysis of the show, the show which is by its nature not feminist at all.

Without these podcasts, I probably would’ve stopped watching long ago. Often, over the past couple years, I haven’t watched and have only listened. What I love about Here to Make Friends and the others is that they analyze the show and talk about all the social issues on the show. I think it’s why I (strongly) prefer these podcasts to ones by people associated with the show, because of all the analysis and discussion about topics that permeate the show but which the show evades.

For me, watching the show would’ve burned itself out long ago without these ongoing discussions that probe into the issues. Claire and Emma do a great job of breaking down the show’s pervasive misogyny, suggesting other ways that things could’ve been done, looking into what’s behind a lot of the tropes, and looking at issues beyond gender.

Just this morning, they released an article about race on The Bachelor, which comes from all the interviews they did this summer while recapping the GOAT episodes that came out this summer while we were waiting for Clayshia’s season to air.

Which, as it is, airs in less than twelve hours. The wait is over!

P.S. Here are a couple other posts about the Bachelor franchise: