It’s kind of an odd show for me. I’ve never been into reality TV all that much.

I mean sure, I watched some early seasons of The Real World back in the day, and there was a summer where the guy I lived with watched a lot of reality TV (the summer of 2006) so by proxy I saw a lot of Big Brother that summer, and Rock Star (I think that’s what it was called, where people competed to be the lead singer in a band) and some real trashy shows I only vaguely remember. I’ve seen a season or two or three of Survivor and got majorly turned off when there was a contestant with a disability, I think she had a prosthetic leg, and some other girl on the show bullied her and all these people said all these horrible disability tropes like she’s doing it for sympathy and shit like that. I was OUT.

But other than a couple other random shows here and there, none that I remember enough to even know by name, and other than singing shows, I prefer my TV scripted. 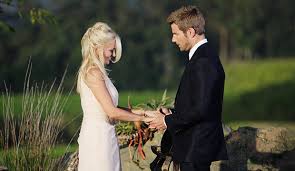