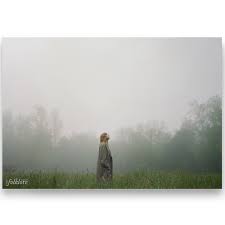 Like so, so many people, I didn’t get a lot of sleep last night because of the release of TS8 – folklore. There is already so much I want to say after only one listen, and I want to put it down in writing before subsequent listens change things, as subsequent listens always do.

There are going to be a lot of posts on this site about this album. I’ve been wanting to post about Taylor for years, and that urge bubbled up strongly during the reputation era in 2017 (and I’m just going to put it out there, even though I know it’s Swiftie blasphemy and Taylor herself would disagree, I love reputation more than 1989, by a lot, and that’s not anything against 1989 just love for reputation).

I hadn’t thought about blogging in a long time but that album made me want to write blog posts about every song on the album, about my Taylor Swift origin story (that’s still on the docket to be posted eventually), about the infamous phone call drama (I think the only day since corona started that I forgot, for just a little bit, that we were in the middle of a global pandemic, was when the full phone call was released on Twitter), about some of her other albums and songs and lyrics, and so on.

But I never did.

END_OF_DOCUMENT_TOKEN_TO_BE_REPLACED

Holy fucking roller coaster, Batman. And the ride isn’t over. 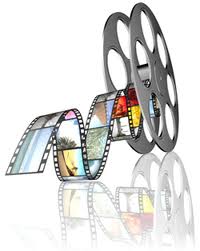 The last two weeks have been a completely new kind of writing experience for me. It feels a little weird to be able to say that at 33 years old, especially considering I was writing little stories since, like, first grade. But it’s true.

It was so intense. It felt kinda like how I imagine being manic might feel. It felt like being in love. It felt like being on reeeeeeeally good drugs. It was all rushing and inspiration and not being able to sleep and waking up early with ideas and thoughts of how to work parts of it together. And it was a lot, lot, lot of writing.

Here’s what happened. For my university, there is a requirement called a senior capstone. I’ve resisted it as long as I could, putting it off term after term, imagining the anonymous diatribes I wanted to write against the requirement in the school paper as if that could somehow exempt me from having to take a capstone class. But this winter, I had to sign up, so I picked Research Experience for Science Majors, hoping to, you know, get some research experience.

END_OF_DOCUMENT_TOKEN_TO_BE_REPLACED

So many things have me revisiting my musical past as of late. It’s really kind of odd how so many things converged at once. Sometimes I feel like, for whatever reason, I just really let music slip away for awhile, and over the last month, a switch has flipped and all of a sudden, I’m back.

I think I’m a little too embarrassed to admit one of the things that started all this. I’ll just say this: it was a TV show. And it wasn’t that I loved the music on the show so much as one of the characters reminded me of how I used to feel about music, and that got me listening to CDs again, and trying to rebuild my old music collection by buying a bunch of used CDs, and looking into concerts and shows again. Okay, I’ll give a hint, since it sort of relates to the remainder of the post, this TV show I don’t quite want to name is named after a song.

END_OF_DOCUMENT_TOKEN_TO_BE_REPLACED

Fax From the Future: I don’t know if anyone’s seen the show Switched at Birth on ABC Family, but Daphne, one of the main characters, one of the girls who was switched at birth, is deaf and is also pre-med. In general, though her disability is different from mine, I’ve found the portrayal pretty accurate. In this past season (2015), she started her pre-med classes, and I found a lot of her struggles and interactions in that world to be really realistic (well except for on an exam she mixed up cations and anions, which I don’t find realistic at all, but that’s chemistry-related not disability experience). Sometimes the show stirs me up and gets me mad. Sometimes it inspires me to want to tell my own story. Sometimes it kind of makes me nostalgic for the time I was writing about in this post, taking those first chemistry classes.

I announced on my facebook a week or so ago that I’m going pre-med in school, which is something I’ve been thinking about for a long time and want to say more about. I’ve been thinking of it as “my big secret” for awhile, but really it was more just something that was so new, and I was so uncertain of, that I had to keep it to myself for awhile.