One night in early September, there’s a crab feast in the cafeteria for dinner. Everyone’s so excited, especially the students from Maryland. I’ve never had crab before. John, sitting next to me, demonstrates for all of us. He whacks his crab a few times with a mallot, and then pulls the crab apart. I watch closely but can’t see how he knows what’s the meat and what’s pieces of bone or innards. It looks like brain surgery.

END_OF_DOCUMENT_TOKEN_TO_BE_REPLACED

We go back to the outdoor school for dinner, then they drive us all to the beach for the evening. I hang out on a towel on the sand and watch a fiery, cloud-filled sunset with Jen and Christina, two writers who live in a dorm by the Lit House. The Lit House is a special building on campus for all the English majors to have meetings, workshops and readings. Most of our Sophie Kerr weekend events took place there.

“Are either of you taking the freshman creative writing class?” I ask.

“I am,“ says Christina. She has long straight dark blond hair, and wears a beanie. She’s small, one of those small people like my mother who carries a big voice.

“Cool,” I say, flexing my toes and watching a cloud fill with red like a pen burst inside it. “Me too.”

END_OF_DOCUMENT_TOKEN_TO_BE_REPLACED 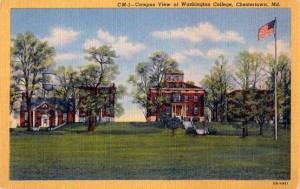 So today, I’m giving you a full chapter from my memoir Moonchild. Now, this is actually up on this site but almost no one has found it, so I’m just pulling it out of hiding. Link is at the bottom of the post.

Another interesting tidbit: Seven years ago, I did a full-length spoken word performance show thingy-dingy and this was the first piece I read at the show. The other day, while on a rampage looking for the earliest version of my manuscript, I came across the recordings from that show. So I am toying with the idea of putting the audio up with the chapter. I don’t know. It has people’s real names. And whenever I hear my recorded voice, I sound like a twelve-year-old with a cold. But I’ll let you decide, should I include audio or no?

All the chapter titles from this book are lyrics from songs. This one comes from the song “Ribbons Undone” by Tori Amos, on her 2005 CD, The Beekeeper. I wrote this piece during that spring, with that album infusing into every corner of my life. At the time, I was about to leave Camp Orkila, where I had lived and worked for more than two years, and my brother was about to graduate college and my sister was about to graduate high school. The theme of graduation kept playing through my mind and it just felt like I was coming to the end of a journey that had started when I first left for college, which is what this chapter is about.

It was one of those things where you look back at the beginning of something and ask yourself, if you had ANY clue where it all would lead, would you do it over again? I was looking back at a time of innocence, of blissfully not knowing what that journey would entail, so this song, where Tori looks at her young daughter starting out on life journeys, just completely resonated with me at the time I was writing and the time I was writing about. It’s a really sweet song and if I’m feeling especially sentimental, it will totally make me cry. I’m a sap like that.

Another cool tidbit: About a year after I wrote the piece, I woke up one morning, way too early, to the sound of my ringing phone. Who the f was calling me at 6 in the morning? It was Tori Amos’ dad, calling from Maryland (where this story mostly takes place) to give me permission to use the lyrics. He also told me I should change the name of my book (which I did, back then it was called Learning to Swim, which is now a tattoo rather than a book title). Anyway, I always thought that was kinda cool.

BUT ENOUGH OF THIS BLATHERING. Here it is:

She’s A Girl Rising From a Shell

I decided to go with the audio addition, so here it is:

Now I’m going to go back to editing this same book manuscript, and listening to Rihanna. For real yo. Cannot even believe I’m fessing up to that but yeah, I kinda can’t get enough of a certain song. Have a good weekend everyone!