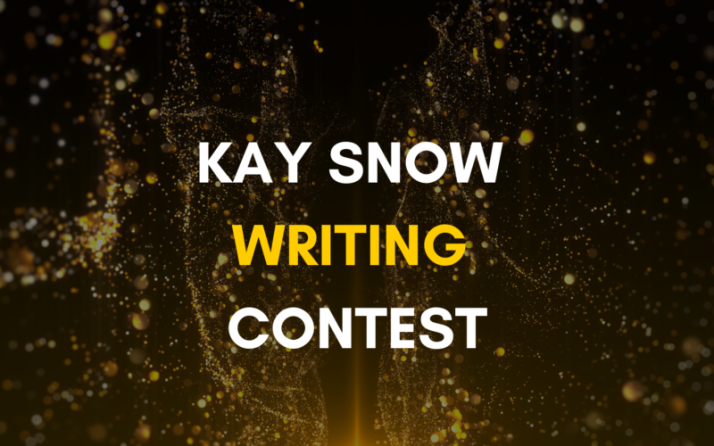 Last month, I posted a much-overdue writing update about being published in Aerial. In continuing that trend, here’s another update that is also long overdue.

Last year, I placed second in the Kay Snow Writing Contest in the category for graduate-level students. I’d previously placed third in Kay Snow nonfiction back in 2013 for an essay. This was the first time I entered since. You do have to wait a couple years to be eligible again (I think two or three) and I gave it six.

The piece I entered was a memoir chapter called “Eclipses of Jupiter” (previously called “Constant Eclipse” on here) a flashback chapter in Moonchild, the memoir project I’m working on (which you can read about in this sketch, and on my Memoir page, and see lots of posts about here).

It was also the chapter I read, so long ago, at the Bowery Poetry Club in NYC as part of The Best Memoirists’ Pageant Ever in 2007, which I apparently never posted about back in the day, though I was sure I had (couldn’t find anything in my drafts either). The picture on my bio page comes from that event.

One of these days, I’d love to get published AND paid for a piece of writing. It’s always been one or the other, never both. This was a cash prize, of $100. Plus a free day at the Willamette Writers conference.

I had plans for that. The timing was perfect for the conference last summer. It fell towards the end of an Enrichment Week at medical school, meaning we had to sign up for activities but most of the week was totally open. Meaning that I could go. Meaning that my writing life and my medical student life were brilliantly coalescing for the second time that year. Back in March, the yearly AWP conference had been here, in Portland, on my bus line, perfectly overlapped with my Spring Break. It was all so charmed.

END_OF_DOCUMENT_TOKEN_TO_BE_REPLACED

This spring I submitted several pieces of writing to a handful of contests and had almost forgotten about it. But last night I got an email that my essay “Seeing and Not Seeing” won third place in the Willamette Writers Kay Snow Writing Contest for non-fiction!

You can read a description of the essay at the Personal Essay and Memoir page.

I’ve also posted a few excerpts, Reading Eyes and Faces, Albino and My Face, which are part of the longer essay which you can read anytime.