This is another installment of a rough draft of a memoir chapter that covers fourth grade. 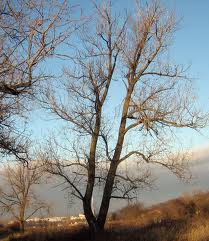 It was March when Mom gave Randy the house key for a day. One day we had to walk home together, not go to Centerstream, and let ourselves in. Just this once. My little eight-year-old brother got the key, not me. I walked home with him like it was a regular day, Randy leading the way, and nothing disastrous happened.

The next day, Mom picked us up from Centerstream as usual after she got done with work or therapy or whatever. The sky was dark when we left around five-thirty, a deep cerulean blue, just the tiniest twinge of dusk left in the sky. We got to a crosswalk on our way to the parking lot and Randy started crossing the street.

“Randall James Jordan!” My mom’s voice screeched, “How dare you?” I froze, her voice higher and more hysterical than maybe ever. What was going on?

Mom grabbed at Randy, dragged him back to our side of the street. “You walked out into traffic!” she screamed.

“I looked both ways,” Randy said, his voice small and meek.

“No you didn’t! I watched you! You could’ve been hit by a car!” She grabbed us both and took us to the car. We didn’t say anything on the drive home, Randy and me. We had seen Mom mad a thousand times, maybe a million, but this was something else. She wouldn’t stop. For the whole ride she kept yelling into the night about Randy walking out into the street.

He was sent straight to his room when we got home. Mom couldn’t look at him. She sent June upstairs with a plate to deliver his dinner.

On Thursday morning, there was an announcement that a key had been found and the owner needed to claim it. It made me want to throw up. If it was our key and Mom ever found out he had lost it, Randy would be dead. The same announcement was made the next day. About the key. I knew Randy hadn’t even gone to the office to check. Why didn’t he care? Why couldn’t he fight for survival? Did he realize how bad it would be if Mom found out?

Next Segment in this Piece: Lost Keys

So this is an excerpt from a chapter from a project I’m working on called Eclipses of Jupiter. It’s in its infancy still, but it’s about growing up with albinism and being legally blind in my crazy family, and all the school and social implications. It’ll also focus on blind camp and related programs when I get into teenage years. This chapter, which will be broken up into installments and posted over the next few weeks, is all about fourth grade, which was a bit of an epic school year. It’s still pretty rough, and way too long, so yeah, infancy stage still.

One thought on “Walking Home and Crossing Streets – Truth, Lies and the Wicked Witch 11”