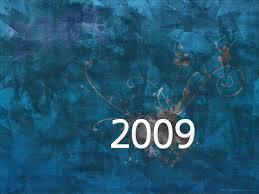 Okay actually, though I like that U2 lyric and think it’s true, I also believe it’s not. Some things change, some stay the same.

And as for 2009, here goes: (Side note to Samsara/Leo: just because I’m late with my survey doesn’t mean you’re getting out of it. Start answering.)

1. What did you do in 2009 that you’d never done before?
Since I spent three months in India, it seems the list to answer this question is endless:

END_OF_DOCUMENT_TOKEN_TO_BE_REPLACED 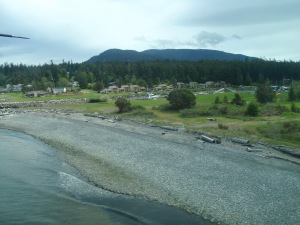 I woke up twice in the middle of the night completely disoriented, not knowing where I was and both times it took a few minutes to figure out where I was. It was weird, b/c I had something a little similar about halfway through the trip, when we had been moving around so much and slept in so many different places that as I drifted off to sleep, in that semi-lucid in between state I’d find myself momentarily thinking I was still in Calcutta or something. It happened for a few days in a row, but what happened last night was a lot stronger and felt so much more disorienting, like it really took awhile for it to register where I was and get my mind around it. Guess that could be expected for the first night sleeping at home in over three months.

END_OF_DOCUMENT_TOKEN_TO_BE_REPLACED 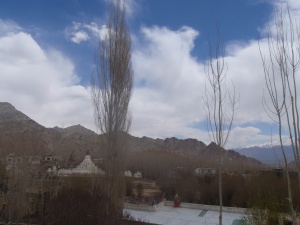 I’ve been home for less than twelve hours, and let me tell you, it feels fuckin’ weird. Let me back up first though, because there was a lot in the last few days of the trip that I’d love to recount.

So, Ladakh was the shit, totally one of the most gorgeous places I’ve ever been, in so many ways. And it was kind of cool being in a smaller group (though I definitely missed the others) b/c we got to meet up and travel with other people traveling from other countries, like Erez from Israel who was hilarious and loud and talked a bit like Borat and wore these lime green pants all the time and was always making dirty jokes. The pronunciation lesson I couldn’t share on the group blog (see link in previous post) was the difference between “fact” and “fucked.” It was awesome.

END_OF_DOCUMENT_TOKEN_TO_BE_REPLACED 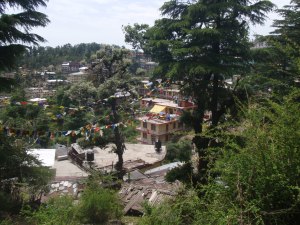 Hey everyone, how’s it going out there???

Well, after Deer Park we took a taxi to McLeod Ganj, right by Dharamsala. A lot of people in my group are loving it and loving the homestays, I am definitely not. It’s just stress central on soooo many levels. I decided not to stay on longer – for a lot of reasons, and so I’ll be going home on the regularly scheduled group flight, which should be fun. It’s kind of a bummer not to be staying but I am also so ready to be home, to not be around zillions of people all the time (that’s one of the things that bugs me most about the homestays, barely a moment of privacy or time to myself at all, ever, it’s making me crazy), and to chill out.

END_OF_DOCUMENT_TOKEN_TO_BE_REPLACED 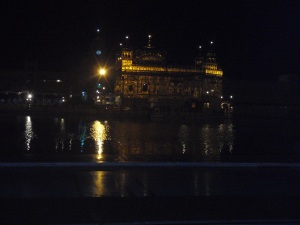 Another quickie blog here from Amritsar, not far from the Golden Temple.

Gotta talk about the border first b/c that was one wild adventure. Our group went to the India-Pakistan border yesterday to watch the closing ceremony they have every day (there is also an opening ceremony every morning). I forget what the exact place is called but it is the only place where people can actually cross the border from one country to another (we couldn’t do that, you need Visas and all that, we were just there for the show). It was wild. First off, we saw tons of marijuana growing along the road on the way there, just humungous pot plants. I tried to get pictures but failed. The other thing we saw lots of were trucks full of sacks of potatoes.

END_OF_DOCUMENT_TOKEN_TO_BE_REPLACED 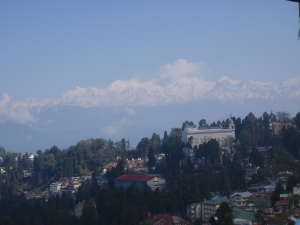 This was originally a reply I wrote to Story Teller on the last post, but it got kind of lengthy and seemed more like a post, so here it is:

Hey story teller, where in India are you located exactly???

It seems the droughts have been a pretty big problem in Sikkim.

So, not on my way home yet. In Darjeeling now, and tomorrow flying to Delhi so we can take a train to Amritsar (and I think we’ll also visit Lahore, right on the Pakistani border while in Amritsar, I’m certainly hoping to). From there we go to Bir and McLeod Ganj, and after that, our group has two weeks of free travel, and we’re pretty sure that what we’ll do with our free travel time is go to Ladakh, it was a pretty clear consensus.

END_OF_DOCUMENT_TOKEN_TO_BE_REPLACED 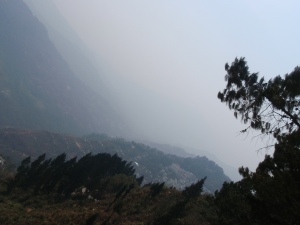 All right, trying to give some drive-by updates, as quickly as possible, b/c time is soooo of the essence, as always.

First off, I found out yesterday that I got into two colleges – Western Washington University (Fairhaven College), and Suffolk University. Woo hoo! I’m only waiting to hear from two more schools, Reed and Emerson, and then it’ll be decision-making time. So that was pretty exciting.

Let’s see what else? I got a tattoo in Calcutta, can’t wait to show people at home. Was listening to some Grey’s music as I got it done. It really barely hurt, nothing at all like my first tattoo.

END_OF_DOCUMENT_TOKEN_TO_BE_REPLACED 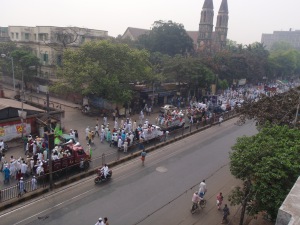 We arrived here in Calcutta on Saturday morning, but not without some adventure or misadventure. We took an overnight train from Bodhgaya, and a group member had her purse stolen as she was sleeping. It’s freaky b/c she was sleeping on her purse, and someone reached in the window (on a moving train!) pushed her head out of the way and grabbed it. She was almost able to get it in time, but couldn’t. She had a lot of personal items in there, including a diary. So that was a bit of a sobering experience. She and I were both on the bottom seats of the sleeper car on the train and I barely slept all night because there were so many people congregating and staring at us and making noise. I kept drifting off to wake up to find people sitting on the edges of our seats. At one point I woke up to see someone walk down our aisle, looking official and with a paper in hand, so I thought it was a train worker, but now I think it was someone scoping out the scene as far as what they could steal.

END_OF_DOCUMENT_TOKEN_TO_BE_REPLACED 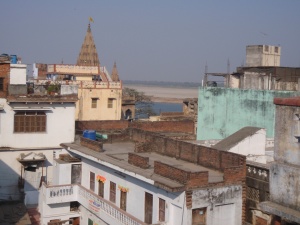 I had my shoes stolen outside a temple this morning. We were only there such a short while, and some of the guys in our group were joking about shoes getting stolen before we went in. I guess it’s just something I’ve got to roll with, but it’s definitely disappointing. They were great shoes, totally equipped for our upcoming Himalayan trek, waterproof and sturdy, and I’m feeling a little naked without them, but what can ya do?

We also saw an elephant walking through a street today, which almost made it all worthwhile. It was pretty cool to see.

END_OF_DOCUMENT_TOKEN_TO_BE_REPLACED 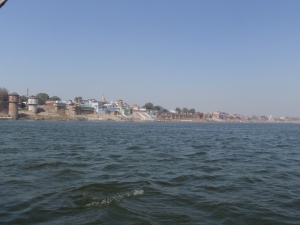 This post will probably be a bit shorter than usual, but there isn’t too terribly much to report, I don’t suppose. Got another ravaging of bug bites, grrr, and feeling a little run down, but overall, no complaints.

Of course after writing the last blog I thought of things I forgot to mention, like that I took a bike rickshaw ride with one of my leaders the other day, which is a lot rougher than the auto rickshaw, but cool to experience. I also wanted to say there is almost no waste system here whatsoever. I mean there is garbage all over the streets, and it gets swept up every day, and I am not even sure where it goes after that, pretty sure everything goes into the Ganga, I know the sewage does. Also, the power goes out a few times a day, like clockwork, it’s scheduled, I think if I understood correctly, it has to do with the city not being able to pay for full electricity, something like that. So it goes off for a few hours in midday, and a few hours in the evening, and there might be another time too.