Here are some description of some current screenwriting and TV scriptwriting projects.

The first thing to know about this screenplay is that it seriously needs a new name. I couldn’t think of one at all so I just slapped on the title of a book project I’m working that covers roughly the same topic and time period. So, I’m open to suggestions on something different.

Lily, a legally blind 22-year-old biology grad, embarks on an adventure to escape her overprotective family and moves from New Jersey to Seattle on a Greyhound bus under false pretenses. Once there, she deals with crazy roommates, trying to find a real job and make it in a new city on her own while living in a seedy section of Seattle where people get high at the local library and she gets propositioned to buy crack while holding her roommate’s two-year-old daughter. She finds a few temp jobs, but they never last. It’s winter and there’s no heat in the house, Lily’s phone gets shut off, and the household receives eviction notices. Lily tries desperately to find work but soon must face a decision to either go back home or risk being homeless. That decision changes everything.

Oh and I’m giving Lily some love drama. She’s in love with a flaky musician who clearly (though not to her at first) isn’t all that into her, while her roommate is in love with her. Gotta add a little romance.

Of all of my current screenplay projects, this one is the most reality-based. Basically, I’m telling the story of what it was like when I moved out to Seattle from New Jersey on a Greyhound bus under false pretenses, and then trying to survive there. Someone I dated briefly pointed out how perfectly this story fit into a feature film structure, and he was right. In fact, I don’t always believe in that “everything happens for a reason” bit, but I sometimes think that, for my egocentric selfish interests, maybe that was the reason we were briefly together. Anyway, I just changed certain parts around to make them fit the story better, or because the real shit was too weird or dark or hard to explain. So it’s fictionalized, but still mostly representative of reality. Except for the love story part, that didn’t happen in real life at all, survival was my only big concern at the time in real-life but that’s the nice thing about fictionalized accounts, you can make them sweeter.

After being rejected from her eleventh med school, legally blind albino chemistry tutor Violet (loosely based on me but exaggerated) decides to hone her chemistry prowess in an illegal way, by making drugs with her fellow chem tutor friend Tucker, selling drugs with her fellow legally blind friend Lenne, all while chasing after (and keeping her illegal activities secret from) her love interest, Silas. All kinds of chemistry and shenanigans ensue, as Violet deals with trying not to get caught, being antagonized by the leader of a secret rival chemistry drug-making cabal, getting blackmailed by Lenne’s P.I. friend, battling the worst romantic past in the history of the planet and all the complexes it gives her, being completely inept at selling drugs (think steeper learning curve than Walter, at least at first) and having to carry out lab procedures while blind.

Basically, Breaking Bad as a chick flick, except they’re making mescaline instead of meth. And it’s really, really funny. And ridiculous. And includes way, way too many references to TV shows. And it features the line (in the action/description) that a heartbroken Violet sits in her apartment in the dark, cuddling her Jesse Pinkman doll, watching Grey’s Anatomy DVDs and crying, which I can’t even type with a straight face! Don’t ask me if I really have a Jesse Pinkman doll but there may be some evidence one way or the other on my Twitter.

Total Eclipse of the Heart: A Sorta Fairytale 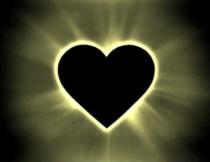 Sometimes a wish comes true by not coming true at all.

Best friends Judith and Renee, both 23, discuss their love troubles. Judith, a bit of a bookworm, met her first real boyfriend working at a summer camp and pretends to have a lot of experience with relationships and sex and will do just about anything to keep her innocence a secret. Her boyfriend has been acting distant. Renee, who’s had a wild childhood, has been dating Joel off and on since seventh grade even though he’s a jerk, and she’s afraid to tell him of her plans to go to dance school out of state.

As the story opens, Renee drags Judith to a cheesy arcade game type thing that spits out canned love advice that’s not really satisfying. At home, Judith’s mom has a pessimistic outlook on Judith’s love life. That night, all four of them go out to a bar, but Joel gets angry when Renee admits she’s been thinking about dance school and storms off. Renee chases after him. Judith and Ryan go back to his place but things get a little weird when Ryan says those three little words which makes Judith remember her mom’s warnings. Later he gets a call from a girl and Judith suspects the worst. Judith also adopts some of Renee’s past and passes it off to Ryan as her own, and it becomes clear this is the norm. After a really awkward goodbye, Judith leaves.

Renee comes up with a new idea for how they can figure out the answers to their love problems – explore their subconscious minds for answers by dropping acid. They go out to a park and try it. While tripping they meet an old woman who they think is a fairy godmother. She tells them that there will be an eclipse that night and that some famous monk or other once said that if you make a wish on an eclipse it’s seven million times more likely to come true. In their acid dream state, Renee wishes to be able to pursue her dance career and Judith wishes for smooth sailing with Ryan. They go home to their separate plans for the night, hopeful that their wishes will come true.

But that would be too easy.

Note: this is based on a short story, the idea for which came to me in a dream. It’s pretty fun to work on.

I just realized that all three of the feature scripts I’m working on involve drugs in a major way. I swear I’m not (really) a druggie.

Iris starts her first day at her first job as a “real” doctor, believing that all the psychic stuff and the pain it’s caused her is a thing of the past. She reconnects with med school best friend Julia, the only person who knows, and settles in. While examining her first patient, Iris sees an aura for the first time in years.

Freaked out, Iris goes to a psychic shop in town to try to get advice on turning off the auras. Dora, the psychic, tells Iris that she has the power to perform psychic surgery and offers to mentor her. Iris freaks out even more and leaves.

Things spiral out of control as experiencing her visions causes Iris to directly disobey her boss’s orders on what to do with her patient and make rash decisions about treatment that no one agrees with. This culminates with a medical misinterpretation of psychic information which could cost the patient her life and forces Iris to reconsider Dora’s offer.

I kinda got to play House writing this one, which was really fun and satisfying, especially since it’s way too late to write a spec script for House.

I’m working on a Breaking Bad spec script. My episode would fit into the story between episodes 503 and 504, after they’ve started cooking in tented houses but before all the shit hits the fan with Skyler and Todd. I don’t want to say too much about the plot, but let’s just say that Walt is up to the same sorts of tricks he’s been up to all season, but this time he’s taking it a step or two further in his level of orchestration and manipulation. Poor Jesse.

I’d really like to build up my TV scripts so I’m playing with some ideas for spec scripts for other shows.