With these monthly posts, first introduced in this post, I’m in no way trying to be exhaustive or objective. I’m merely sharing some of the media I’ve consumed that month that I want to share, because I am such a big consumer of pop culture. I’m also going to put an ongoing 2020 book list at the end with what I’ve read this year and what I’m currently reading.

A med student friend of mine suggested the podcast Sawbones: A Marital Tour of Misguided Medicine podcast to me when we both realized what big podcast listeners we are when chatting across a big conference table in the same room where we all once interviewed, while waiting for our OSCEs to start (our end of block exams where we “play doctor” with standardized patient actors). I don’t listen to a ton of medical-themed podcasts so I subscribed.

The recent episode “Health Media Literacy” looks at how to evaluate some of the covid literature that’s coming out, and specifically looks at some studies claiming that immunity from covid wanes quickly. Worth listening to regardless of familiarity with science, as it gives some good tips for appraising these types of stories. Health and science literacy is such a huge passion of mine, only made moreso by this pandemic, and so this episode is one of my favorite things I listened to this month.

END_OF_DOCUMENT_TOKEN_TO_BE_REPLACED 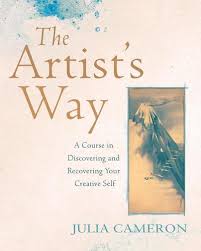 This past March, I picked up The Artist’s Way again after many years away from this famous creativity book. It’s been an interesting ride since then–expansive, challenging, difficult, combative at times (I definitely don’t resonate with everything in there), illuminating. So, it’s one of the things I wanted to post about when jumping back into blogging and thinking a lot about creativity.

I went back to The Artist’s Way, or AW as it’s known in my journals and to-do lists and calendars, after some tough decisions that set off a real transition time for me that I reeeeeally want to write about but can’t right now. It had been awhile since I’d cracked the book, and it makes sense to talk about my origin story with this book.

END_OF_DOCUMENT_TOKEN_TO_BE_REPLACED

I was away for a long time, and in that time, I had some writing news and updates that I’m overdue in sharing here.

One of those is that my piece “Living the Dream?” was published in Aerial, the art and literary magazine from OHSU’s School of Medicine.

Knowing that such a magazine existed was one of the many things that drew me to OHSU as a school. I wanted to be somewhere that valued writing and the arts along with all the science-y, clinical-y stuff I love. Since starting school there, I’ve found a good group of people, not only the people who run Aerial, but also a lot of people involved in narrative medicine, humanities in medicine, live storytelling, and so forth.

In fact, this piece came from the final assignment in a Narrative Medicine elective class I took last winter, taught by Dr. Elizabeth Lahti, who is THE narrative medicine, medical humanities person at OHSU. The assignment was to write “25 Things I Know About…” something. The assignment was based on the short story “25 Things I know About My Husband’s Mother” by Louise Aronson from her book A History of the Present Illness. We read this and other stories from this book in our class, and I highly recommend.

END_OF_DOCUMENT_TOKEN_TO_BE_REPLACED 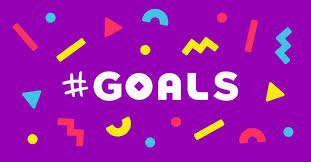 This is a column I’m going to start doing weekly on Sunday nights (or thereabouts depending on circumstances). I’m going to check in on how I did that past week, and post what my creativity goals are for the coming week.

I wrote about this a bit in my recent re-entry post “Jumping Back into the Blogging Ring” – I’m really motivated by goals and plans, and I’ve found myself relying on that more and more in our corona times. I spend a lot of time thinking about goals and planning, and figured I’d share.

With today being the first one, I thought it made sense to start out by talking about what I’m working on. I really struggled to come up with a cohesive goal list or plan for the year even before everything went upside-down and I still feel like week to week and sometimes day by day is how I’m taking things. I’ll try to write something for August that’s a more overarching plan for the month, so hopefully I’ll come up with that in the next couple of days.

But for now here are the main things I’m working on:

END_OF_DOCUMENT_TOKEN_TO_BE_REPLACED

Like so, so many people, I didn’t get a lot of sleep last night because of the release of TS8 – folklore. There is already so much I want to say after only one listen, and I want to put it down in writing before subsequent listens change things, as subsequent listens always do.

There are going to be a lot of posts on this site about this album. I’ve been wanting to post about Taylor for years, and that urge bubbled up strongly during the reputation era in 2017 (and I’m just going to put it out there, even though I know it’s Swiftie blasphemy and Taylor herself would disagree, I love reputation more than 1989, by a lot, and that’s not anything against 1989 just love for reputation).

I hadn’t thought about blogging in a long time but that album made me want to write blog posts about every song on the album, about my Taylor Swift origin story (that’s still on the docket to be posted eventually), about the infamous phone call drama (I think the only day since corona started that I forgot, for just a little bit, that we were in the middle of a global pandemic, was when the full phone call was released on Twitter), about some of her other albums and songs and lyrics, and so on.

But I never did.

END_OF_DOCUMENT_TOKEN_TO_BE_REPLACED

There was something I was going to post today. Now I can’t remember what it was. There were other things I was going to do today. Now it’s all out the window. I went on Twitter to do…something. I had a purpose opening the page. It wasn’t what I usually go on there for, which is to see if there are any updates from Clare’s season of The Bachelorette that’s filming right now, because I’d already done that earlier in the morning. I think it had something to do with this site, maybe seeing if it was properly linking with Twitter.

END_OF_DOCUMENT_TOKEN_TO_BE_REPLACED

When I started posting again in April, as April, I thought I’d come back quickly to regular blogging. Yeeeeeah, about that. Clearly that wasn’t the case.

I’m going through some major life upheavals, and though I won’t go into it now, I plan on posting about it on here at a later time. Right now, a lot of it is still under wraps, kept off of here and off of my social media, but as things move forward that will start to shift.

There’s just a lot to work out and through and I’m really in the shit right now.